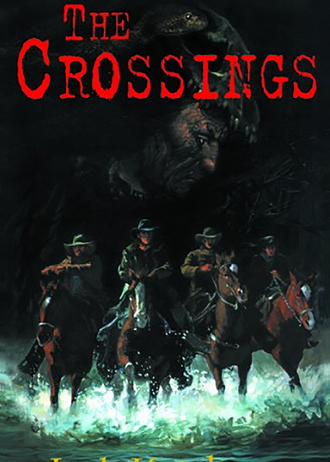 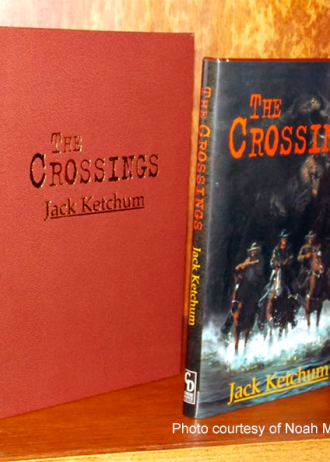 It’s the Arizona Territory. The year, 1848. The year the Mexican War ended. Fate and blazing pistols have just thrown together reporter and part-time drunk Marion T. Bell and the very nearly legendary John Charles Hart, mustanger and scout, in the Little Fanny Saloon. Plying the river-trade across the Colorado to the gold fields of California in the north, and war-torn Mexico to the south, the town of Gable’s Ferry has sprung up overnight — lacking only a church, a schoolhouse and a jail.

Though some would say that only the jail was needed.

A rough place in a lawless era. About to become a hell of a lot more so one night when Hart, Bell and the easy-going giant Mother Knuckles stumble upon Elena, a fierce, young, badly wounded Mexican woman near the banks of the Colorado. She’s naked. She’s been bullwhipped, knifed and branded. And she tells them about the kidnap, rape and servitude she and her sister have endured at the hands of las hermanas de lupo, the deadly Valenzura Sisters and their henchman, the deserter Paddy Ryan, at the well-manned slave-camp across the river aptly called Garanta del Diablo — Mouth of the Devil.

Tezcatlipoca, god of the moon and the night. Tlazolteotl, Eater of Filth. Xipe, Lord of the Flayed.

Blood for rain. Blood for bounty.

For many, like the Valenzura Sisters, they have never died.

And Elena’s sister’s still there.

The Crossings was cited by Stephen King in his speech at the 2003 National Book Awards, and won the Vincent Preis Award for Best International Fiction 2011, in Germany.